Nigeria to pay $800 million to oil suppliers to end crisis

Staff writer ▼ | May 27, 2015
Nigeria's government has agreed to pay a debt of $800 million to resolve a months-long fuel crisis, oil suppliers said. 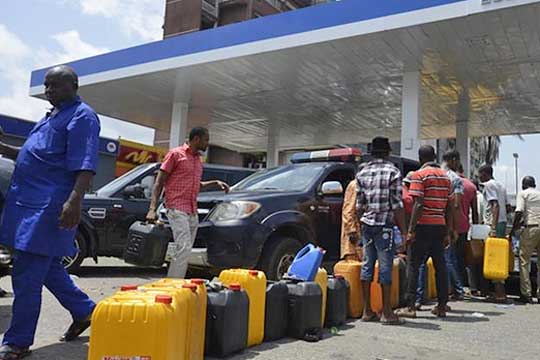 Oil crisis   The biggest oil producer in Africa has no oil
Chaos reigned at Nigerian airports where most flights were cancelled. Foreign airlines flew to other African countries to refuel. Cars and other vehicles formed queues blocking roads outside of gas stations. There was no kerosene for cooking.

Banks started closing at lunchtime on Monday and cell phone companies warned they would be forced to shut down service countrywide for lack of diesel to fuel generators.

Nigeria is Africa's biggest oil producer generating more than 2 million barrels of petroleum a day but imports the refined product because its refineries are not maintained. Its national grid offers only a few hours of electricity on a good day failed to generate any electricity recently because of shortages of thermal gas to fire its generators.

That leaves all businesses and homes that can afford it dependent on diesel-powered generators.