Staff Writer | May 3, 2018
Energy minister Megan Woods says she remains convinced the petrol market is not working for motorists, after meeting with BP executives. 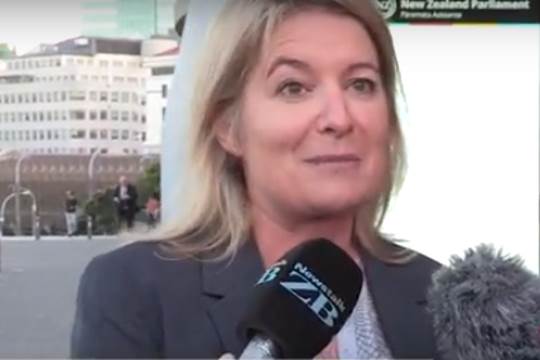 Pacific   Woods said the meeting was constructive
Woods called the company to a meeting after a leaked internal email revealed BP was losing sales in Ōtaki, north of Wellington, where prices were higher than in nearby towns, Radio NZ reported.

But rather than make fuel in Ōtaki cheaper, it proposed hiking prices in other towns. It hoped rival companies would follow its lead.

Following the meeting this evening, Woods said the meeting was constructive but she remained convinced that the petrol market was not working for motorists.

"I think we've seen an example of some pretty cynical behavior, I don't think this is isolated," she said.

"I did tell BP, at the end of the meeting, that I still wasn't convinced that New Zealanders were getting a fair deal.

"We need to have a certainty that people are paying a fair price when they fill up their car," Ms Woods said.

On her way into the meeting, BP New Zealand managing director Debi Boffa argued the company had reduced its discounting rather than hike prices.

"The context around that email was that we were operating in a heavily, heavily discounted market and we were working to reduce that level of discounting for our business model."

BP operated in a highly competitive environment and its sites in Kāpiti and Horowhenua were operating at an unsustainable level, she said.

"The action that we took at that time was to reduce the level of discounting across the Horowhenua and Kāpiti area and get us closer to that sustainable level of return.

"It was never our intention and we never went over that level at the expense of the New Zealand consumer," Boffa said.

Asked if Woods' description of BP's behaviour as "cynical" was fair - Ms Boffa said, "No." ■