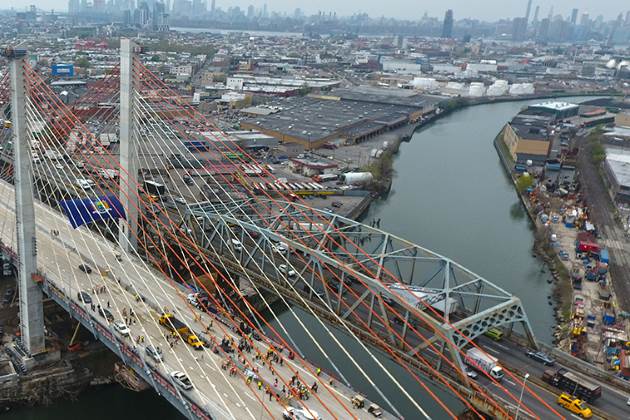 Beginning in FY 2020, these capital projects will rebuild transportation systems and generate 675,000 new jobs and expand opportunity for all New Yorkers.

As with the existing $100 billion infrastructure program, the new $150 billion plan will be funded by a combination of state, federal, local government, public authority, and private investment.

State debt will remain at affordable levels and within the statutory debt limit.

Responsible management of the State's debt portfolio has been a hallmark of this administration and, today, the state has less debt than when the Governor took office.

New Yorkers are already benefiting from the capital assets funded through the current $100 billion infrastructure plan, from the Mario Cuomo Bridge, to the 2nd Avenue Subway, to downtown revitalizations and water infrastructure projects all across the state.

Since the beginning of Governor Cuomo's administration, New York State's economy has experienced employment growth in 76 of the past 88 months.

After 21-month investigation: New York AG sues Trump and his charity over self-dealing