Christian Fernsby ▼ | January 7, 2020
The defeat of the sitting President Kolinda Grabar-Kitarovic in Croatia and her replacement by Zoran Milanovic could spell trouble for the Three Seas initiative. 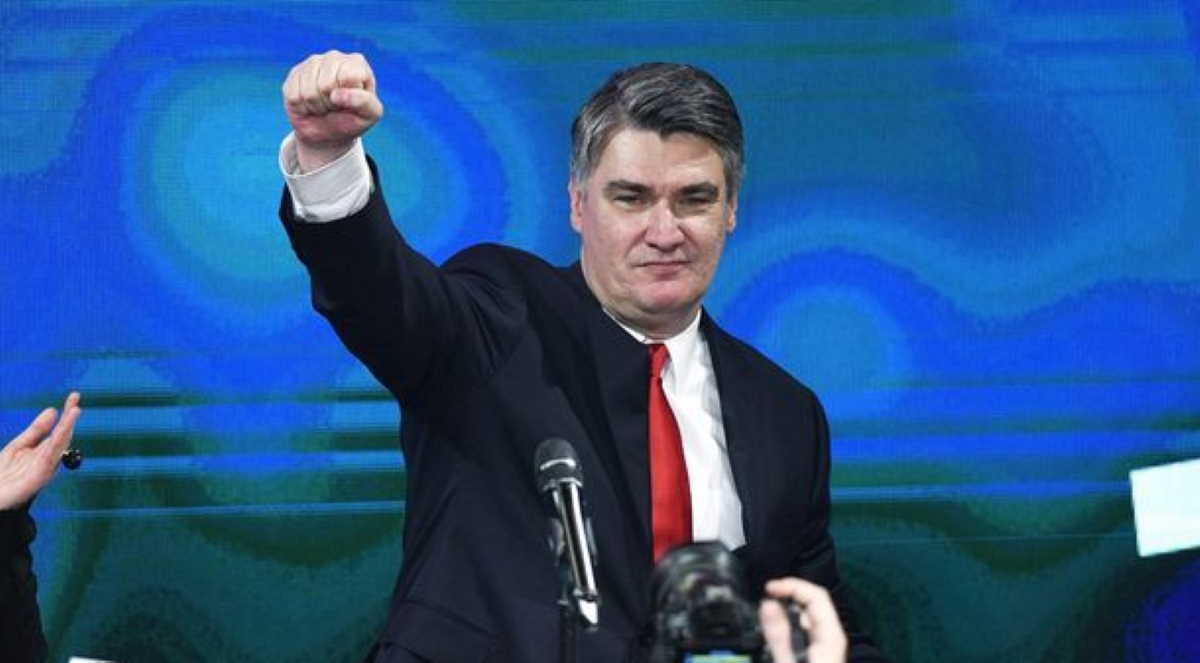 Energy in Europe   Zoran Milanovic could use his influence on foreign policy
While the new leftist president will have no power of veto over domestic affairs, he will have influence over foreign and security policy, Poland.in reports. It seems that the Three Seas initiative which was initiated by President Grabar-Kitarovic with Polish President Andrzej Duda could be in some danger.

Mr Milanovic has in the past called it a “senseless mistake”. He could use his influence on foreign policy to slow down or stop the Three Seas initiative.

The new Croatian President wants to see Croatian foreign policy to be closely allied to the EU mainstream. The Three Seas initiative does not sit easily with that intent, as it is perceived as an attempt to build an alternative centre of influence within the EU.

The Three Seas Initiative is a forum of European Union countries in Central and Eastern Europe located between the Baltic, the Adriatic, and the Black Sea. It has been created to promote regional dialogue on a variety of issues affecting the countries of the region.12 countries are members of the initiative: the three Baltic states (Lithuania, Latvia, Estonia) the Visegrad four (Poland, Czech Republic, Slovakia, Hungary), Austria, Romania, Bulgaria, Croatia, and Slovenia.

The initiative aims at increasing Central European cooperation in the fields of energy security, infrastructural development, communication and transportation. The regions and the whole continent need the North-South connection to achieve the completion of the internal market that had been so far connecting the

ontinent along an East-West axis. Three Seas has been closely related to two major infrastructure projects in the region. The first North-South highway “Via Carpathia”, connecting Klaipėda in Lithuania with Thessaloniki in Greece. The second is the Liquefied natural gas (LNG) infrastructure project, with ocean terminals in Poland and Croatia and a connecting pipeline.

The initiative received a welcome boost when it was supported by the current US administration. President Trump attended the Three Seas summit in Warsaw during his visit to Poland.

Since taking power in October 2015, Poland’s ruling party’s (Law and Justice) leading politicians have been tirelessly trying to build close collaboration with their neighbours. By doing so, they want to counterbalance the influence of “old Europe” in Brussels. “Old Europe” refers to the pre-2004 EU-members minus Great Britain.

The Civic Platform government headed by Donald Tusk (2007-2015) and the Presidency of Bronisław Komorowski (2007-2015) pursued a different strategy. They were oriented towards building an Alliance with Germany and France (Weimar triangle) in order to build Polish influence in the EU. They did not view Visegrad, nor the Balkans, as priorities. ■