Mogherini: EU trade with Tehran up 94% 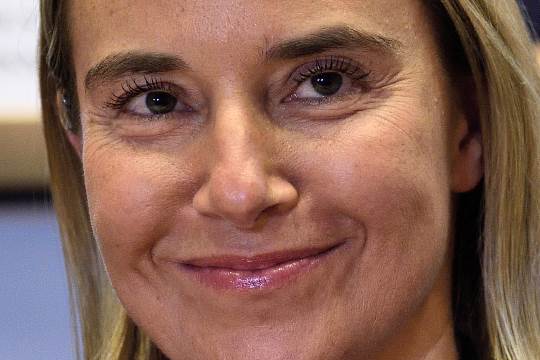 Trade relations   "We simply cannot afford more tension in the Middle East"
Speaking during a debate on Iran in the European Parliament on Tuesday, she said Iranian oil exports have reached pre-sanctions level, and billions of outstanding oil debts have been paid back, Kuwait’s official state news wire service KUNA reported.

“Foreign direct investment is increasing and the Iranian government reported a growth of 55% compared to the previous year,” she said.

Mogherini said progress in the financial and banking sector of Iran has been slower due to a number of factors but important work is being carried out to improve the situation.

“Preserving and implementing the nuclear deal with Iran is an absolute must. We simply cannot afford more tension in the Middle East and another nuclear proliferation crisis.

“We cannot afford to undermine the credibility of a multilateral agreement endorsed by the UN Security Council Resolution and we cannot afford to dismantle a deal that works and delivers on its promises,” she said. ■