Staff writer ▼ | August 8, 2014
Mexico's Congress approved an energy reform that will break more than 70 years of state monopoly and expand the role of foreign and private companies in the country's oil and gas industry. 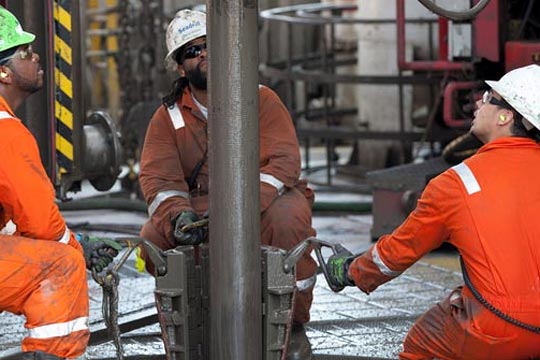 Foreigners, welcome!   After 70 years the rules of the game are changed
The package of new laws now go to President Enrique Pena Nieto, who has made energy reform the cornerstone of his platform to expand Mexico's economy and to make the country a global competitor.

"Today we took a big step toward the future for Mexicans. We will take better and more sustainable advantage of our energy resources," Mr. Nieto said on his Twitter account.

The first calls for bids on new oil concessions and contacts are expected to be issued sometime in 2015.

The government under Mr. Nieto has advocated opening the country's oil and gas sector to bring billions of dollars in new investment and boost the country's flagging oil production.

Mexico saw its peak production in 2004, with 3.4 million barrels a day. It has fallen steadily since to the current 2.5 million barrels. With the reform, private companies with the expertise and technology lacking in the state oil company, Petroleos Mexicanos, or Pemex, will be able to exploit the country's vast shale and deep-water reserves.

The government predicts that with the reform, daily production will increase to 3 million barrels by 2018 and 3.5 million by 2025. ■

Inogen adds Heather D. Rider to its board