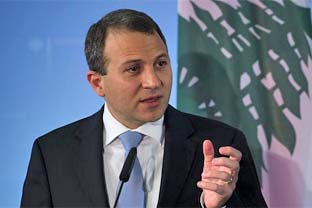 The Lebanese minister of Foreign Affairs and Emigrants Gebran Bassil spoke for the increase in bilateral trade with Brazil, especially Lebanese exports, in Sao Paulo.


"The [trade balance] is extremely lopsided, we are in the 11th position among Arab countries [in business volume with Brazil]," he said during a luncheon hosted by the Arab Brazilian Chamber of Commerce.

According to the Brazilian Ministry of Development, Industry and Foreign Trade and compiled by the Arab Chamber, Brazilian exports to Lebanon grossed $143 million in the first half this year, whereas imports amounted to a meagre $1.71 million.

As a case in point, Bassil said Lebanon could supply its wines and olive oils, which are traditional products in the Arab country, despite being little known on the Brazilian market.

The Arab Chamber president Marcelo Sallum added that balancing out trade is "a big challenge," but said the export portfolio "must and can be made broader."

The minister told ANBA that the measure will facilitate the transit of people, which is "not as high as it should," and commercial exchange. Bassil pointed out that there are 8 million Lebanese natives and descendants in Brazil, and yet this "vast human contingent" is not reflected in other areas. ■