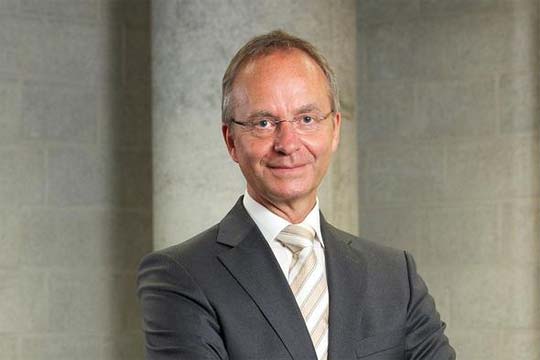 Consultations   Dutch minister for economic affairs said:
Mr. Kamp said in an interview with the Kuwait news agency, KUNA, that his 3-day visit to Kuwait comes at the kind invitation of Ali Al-Omair, Minister of Oil and State Minister for Parliamentary Affairs of the State of Kuwait.

"The visit's purpose is mainly to hold consultations on bilateral relations and ways of further deepening the already existing excellent mutual cooperation between the Netherlands and Kuwait," stressed Mr. Kamp.

"To build on that objective, a trade delegation will accompany me in this visit to meet with new potential business partners. The delegation will consist of about twenty Dutch entrepreneurs and knowledge institutions mainly active in the field of energy and infrastructure projects," Mr. Kamp said.

"Kuwait is a very important partner for the Netherlands. The Netherlands and Kuwait have intensive economic relations. Annually, Kuwait exports oil and oil products of more than USD 3 billion to Rotterdam, making the Netherlands the key export destination within the EU for Kuwait," Mr. Kamp said.

The Dutch minister pointed out that the European Headquarters of Kuwait Petroleum International is in The Hague. The Netherlands' export to Kuwait is over $500 million per year. ■

Japan to use hydrogen power at Olympics