KLM must be financially independent

Staff writer ▼ | January 26, 2015
KLM Royal Dutch Airlines must remain a financially independent entity within the confines of its partnership with Air France, Dutch infrastructure and the environment minister Wilma Mansveld has said. 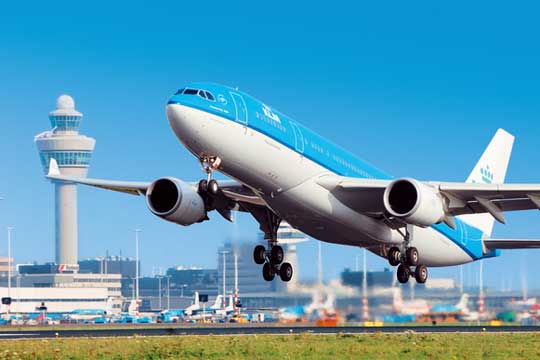 Airliner   Dutch infrastructure and the environment minister Wilma Mansveld:
Mansveld's comments come after Dutch Christian Democrat MPs this week took government to task following a report in the FD newspaper that more of KLM's financial management will be transferred to France.

MPs' concerns focus primarily on the logic of allowing the French more control over the duo's financial affairs.

"We demand a debate, because we have not found any adequate answers. On the transfer of financial management, nothing has been adequately explained. The state is a major shareholder. We therefore request the Secretary of State to submit to a debate on whether these concerns matter enough to her to raise them with her French colleague," MP Martijn van Helvert said in a letter.

Air France-KLM will reportedly require over 1 billion euros ($1.12 billion) in recapitalization funding in order to maintain its going-concern status.

"The Group has decided to revise its 2015 and 2016 business plans to take into account the consequences of the pilots' strike and of the weaker unit revenue trend that has developed since the summer. The Group is thus planning further unit cost reduction measures and a significant scale back in its investment plan," a filing with the Paris bourse said.

As a part of additional efforts to shed 2 billion euros in costs, Air France has announced that next month it will begin talks with its combative unions over planned job and wage cuts.

Overall, the carrier is seeking approximately 800 voluntary redundancies among its ground and cabin crew sectors - 500 ground staff and 300 cabin crew - while remaining staff will be asked to maintain "wage moderation" and "productivity" efforts. It is believed up to 5,000 employees could be fired this time round, adding to the 8,000 removed over the last 3 years. ■

Relypsa appoints Helen Torley to board of directors