Staff Writer | July 17, 2017
The European Commission has dropped its demand for the creation of an independent anti-corruption court in Ukraine and will be satisfied with an anti-corruption chamber within the existing judiciary, its head Jean-Claude Juncker announced in Kyiv upon the conclusion of the two-day Ukraine-EU summit. 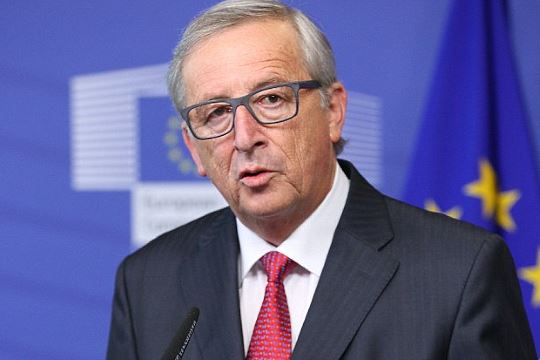 Europe   The two-day Ukraine-EU summit
Although the president and parliament have made progress in fighting corruption, the situation remains unsatisfactory, Juncker said. “Investors won’t come to Ukraine if you don’t destroy corruption at all levels,” he said.“And that’s supposed to be the most important battle for which we will devote all our efforts and financial support.”

Later that day, the National Anti-Corruption Bureau of Ukraine (NABU) heavily criticized Juncker's position and claimed that there is no alternative to creating the independent anti-corruption court.

Juncker’s endorsement of an anti-corruption chamber “is the result of a disinformation campaign targeted towards Ukraine’s European partners,” NABU statement said.

"The creation of anti-corruption chambers will not only fail to solve the problem of the absence of sentences against top corrupt officials, but will deepen it," the bureau stated.

Ireland trade surplus grows in May