'Japan's sanctions against Russia not to go unanswered' 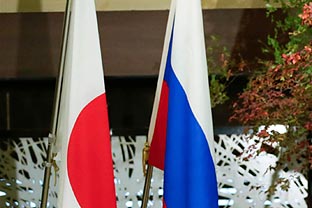 
"The decision of Tokyo to introduce visa sanctions against a number of Russian citizens was perceived by Moscow with disappointment and, certainly will not go unanswered. This clumsy step was obviously taken under foreign influence and directly opposite statements by Tokyo on the importance of the development of relations with Russia," Mr. Lukashevich said.

Mr. Lukashevich underlined that using sanctions language against Russia is counterproductive. "The participation of Japan in the attempts of exercising pressure can no way allow the easing of the tension in Ukraine," Lukashevich said. Japan’s effort to exert pressure on Russia will not promote deescalation of tension in Ukraine, Russia's Foreign Ministry also said. ■