Japan, U.S. ministers to meet in Sydney on TPP 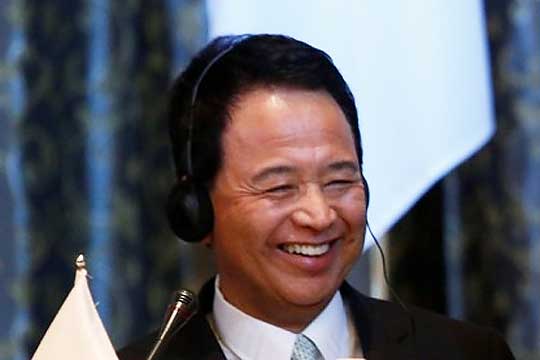 Talks   Akira Amari, the Japanese minister in charge:
The two largest economies in the Trans-Pacific Partnership framework are aiming to accelerate the broader 12-nation negotiations by achieving progress at the upcoming bilateral meeting, based on the outcome of working-level talks.

While some progress was made in the working-level talks, there are "still a number of difficult issues," Amari told reporters.

"We'd like to create a guide, even if not more, to resolve major issues," said Amari, who is visiting Sydney for an ongoing TPP ministerial meeting, the first since May.

Amari held bilateral talks Sunday with his counterparts from Mexico, Canada and New Zealand while attending a conference of all the trade chiefs to discuss such issues as the environment and fair competition, areas in which negotiations have lagged.

The ministers will hold a press conference Monday after discussing intellectual property rights, one of the most contentious areas, and the future negotiation schedule.

"My observations after the first day of talks are that the entire focus has gone up two notches," said Australian Trade and Investment Minister Andrew Robb, host of the meeting, in a statement.

"There is a real sense that we are within reach of the finishing line. There is also a preparedness to make some of the difficult decisions," he said. "There is now a real focus among the group on problem solving, but nothing is decided until everything is decided." ■

Japan-U.S. accord key to TPP deal
Japan calls on U.S. to expand beef imports under TPP framework
US, Japan to work together to bridge gaps