Christian Fernsby ▼ | July 10, 2019
Japan said that it has no plans to withdraw steps it has taken recently to impose stricter controls on exports of some technology-related products to South Korea. 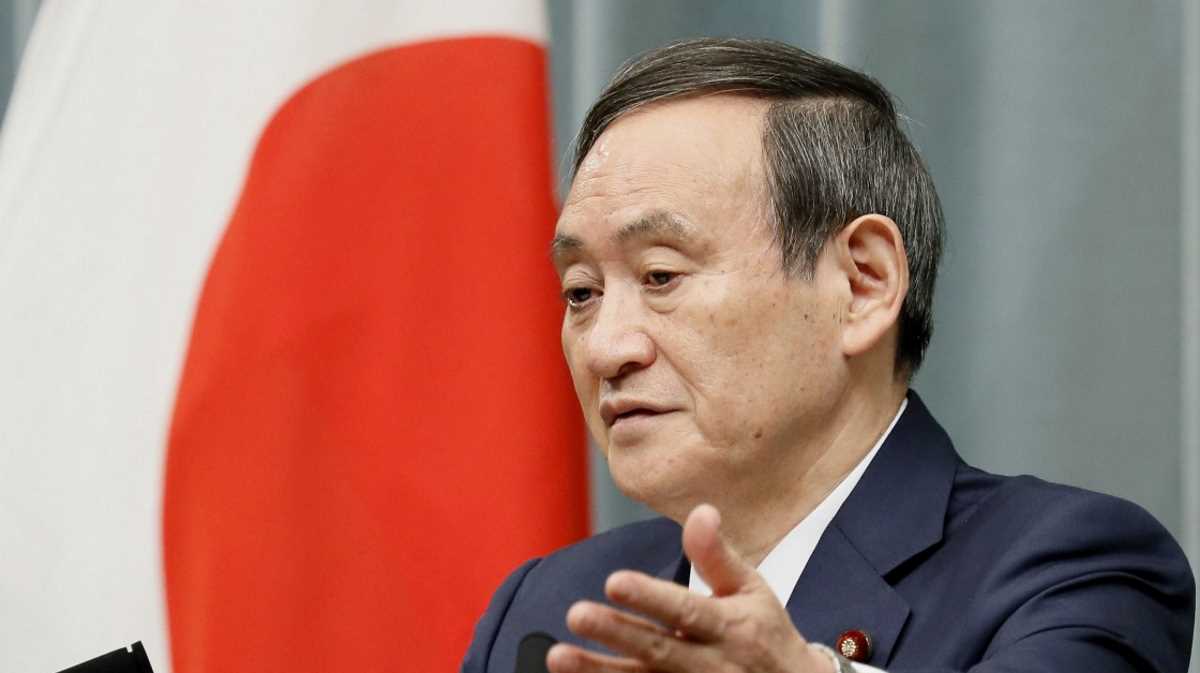 Asia   Chief Cabinet Secretary Yoshihide Suga
Amid pressure from South Korea for the measure to be withdrawn and calls for dialogue on the matter, Japan's top government spokesperson said there was no need for discussion.

"The measure is not something that needs to be discussed with South Korea and we are not planning to withdraw it," Chief Cabinet Secretary Yoshihide Suga told a press briefing on the matter.

Suga maintained, however, that the Japanese government is prepared to respond to questions from South Korea's export control authorities, who he said are seeking to "check facts."

South Korea has condemned the move by Japan to tighten the export controls of materials used by electronics makers for semiconductors and display panels for smartphones and TVs, namely fluorinated polyimide, resist and hydrogen fluoride, maintaining that it runs contrary to the spirit of fair trade.

Amid possible tit-for-tat measures by Seoul as reported by local media here, South Korea may also take its concerns over Japan's move to the World Trade Organization (WTO).

Japanese Trade Minister Hiroshige Seko on Tuesday, meanwhile, suggested that Japan ending preferential treatment to South Korea should not be an issue for the WTO.

"We ended preferential treatment given to South Korea and now treat it the same as other countries. Is that a problem from the standpoint of the WTO?" Seko said.

He also said that the measure was a necessary domestic procedure and non-negotiable.

"The measure is a necessary domestic procedure in Japan for the purpose of properly controlling exports. It's not up for negotiation, and won't be withdrawn," Seko said.

He said, however, that working-level meetings would be held with South Korea to explain the measure in detail, in response to a request from Seoul, Japan's public broadcaster NHK reported Tuesday, adding that the meetings are expected to be held sometime this week.

Bilateral tensions have again become strained between both sides, most recently over a wartime labor dispute that Tokyo believes Seoul has not cooperated in trying to resolve bilaterally, or by way of the establishment of an arbitration panel involving a third party.

Japan has tried to maintain that the tighter export controls were not a retaliatory measure against South Korea, but has said that Seoul had failed to show a satisfactory solution to the ongoing wartime labor dispute between both parties.

South Korea's top court ordering some major Japanese firms to compensate South Korean plaintiffs over forced wartime labor during Japan's 1910-1945 occupation of the Korean Peninsula, with lawyers being allowed to seize the assets of some Japanese firms, initially raised the ire of the Japanese side.

Japan, for its part, has claimed the rulings are not in line with international law and run contrary to the foundation of friendly and cooperative relations between the two neighbors since the 1965 normalization of diplomatic ties.

Japan maintains the matter of compensation for wartime labor was "finally and completely" resolved under the pact.

Tokyo has claimed that Seoul has been reluctant to show willingness to advance talks on the matter through diplomatic channels, with Seoul seemingly, from Tokyo's perspective, disregarding a deadline to name a member to an arbitration panel along with Japan and a third country and, hence, has sought outside arbitration on the issue.

In June, however, South Korea proposed that companies from both countries fund compensation for the plaintiffs, but Japan spurned the proposal for further dialogue on the matter in this direction. ■

Over 700 farm animals killed by lightning in Mongolia