Staff Writer | July 22, 2017
Hormuzgan Governor Jasem Jadri said that an agreement has been signed with an Italian company for building the first solar power plant of the Iranian southern province. 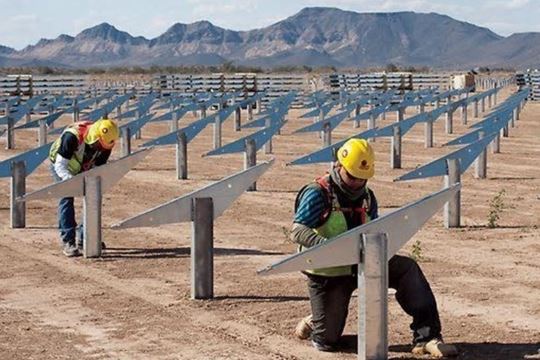 Energy   100 MW and €140 million
Speaking to reporters on Friday upon arrival from his visit to Italy, Jadri said that the power plant’s capacity will be 100 MW and its construction will require €140 million.

He also said that during his Italy visit, he had made preliminary talks for signing a document about buying emission control devices to be installed on domestically-made vehicles.

The official said that such talks and agreements are the outcome of the landmark nuclear deal – known as the Joint Comprehensive Plan of Action (JCPOA) – signed between Iran and the six world powers in 2015. ■

Hellenic Petroleum's Elefsina Refinery to be closed until September