Staff Writer | June 4, 2018
Italy's new interior minister, Matteo Salvini, has said on a visit to Sicily that the island must stop being "the refugee camp of Europe". 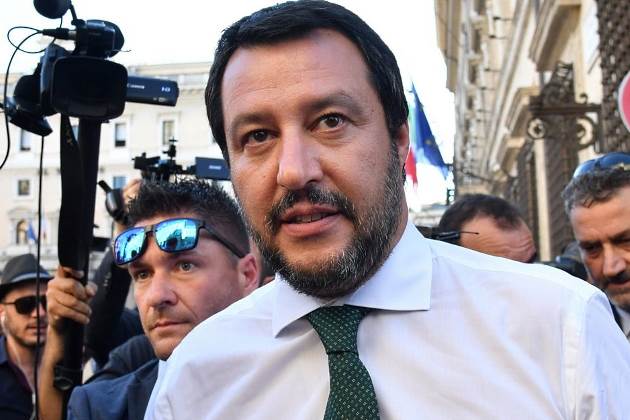 Europe   There is not enough housing and work for Italians, says Salvini
The leader of the far-right League party said his government's plans on migrants were not "hard line... but common sense".

He said that increasing deportations and limiting new arrivals would end up saving lives.

However, critics have cast doubt on the feasibility of Mr Salvini's plans.

Italy is the main destination for migrants crossing from North Africa to Europe, although numbers have fallen in recent months.

The country's new populist government involving the anti-establishment Five Star Movement (M5S) and the League was sworn in last week, ending months of uncertainty for the EU's fourth-biggest economy.

The League is strongly anti-immigration and a joint plan agreed with the M5S in forming the new government reflects that stance.

Speaking on Sunday in the Sicilian port of Catania, Mr Salvini said: "Enough of Sicily being the refugee camp of Europe. I will not stand by and do nothing while there are landings after landings. We need deportation centres."

He added that he believed the "best way to save lives is to prevent these people from getting on the boats".

He said he would work to discourage "thousands of desperate people who have the illusion that in Catania, in Sicily, in Italy there is housing and work for everyone".

"There is not enough housing and work for Italians, let alone half the continent of Africa." ■