Staff writer ▼ | April 23, 2014
Italian parliament approved the Economic and Financial Document (DEF) which set the country's economic and financial goals for the next three years. 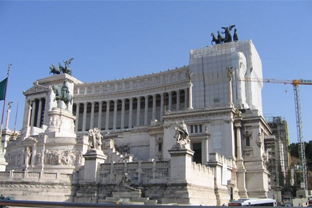 Italian parliament approved the Economic and Financial Document (DEF) which set the country's economic and financial goals for the next three years.


The upper chamber, or Senate, passed the DEF with 156 yes votes, 92 no votes and two abstentions. Later in the day, the lower chamber approved the document with 348 yes votes and 143 no votes.

Both chambers also passed the government's decision to inform the European Union that Italy was putting off the target of balancing the budget in structural terms by a year until 2016.

Italy's Economy Minister Pier Carlo Padoan said when speaking in the Senate on Thursday that despite the signs of economic improvement this year, the recovery was still "fragile" and the situation of the labor market remained "difficult" in Italy.

The DEF, which has to be submitted to the European Commission in Brussels for approval before the end of the month, included 4.5 billion euros (6.2 billion U.S. dollars) of public spending cuts and 10 billion euros in income-tax cuts targeting low-earners.

He has pledged that employees earning less than 25,000 euros a year will receive an extra 80 euros in their monthly wages. ■