Staff Writer | December 21, 2018
The leaders of Israel, Cyprus and Greece decided to sign an interstate agreement for the construction of EastMed, a pipeline to carry natural gas from the eastern Mediterranean to Europe, they said in a statement quoted by the Cypriot state radio after a three-way summit in Be'er-Sheva, Israel. 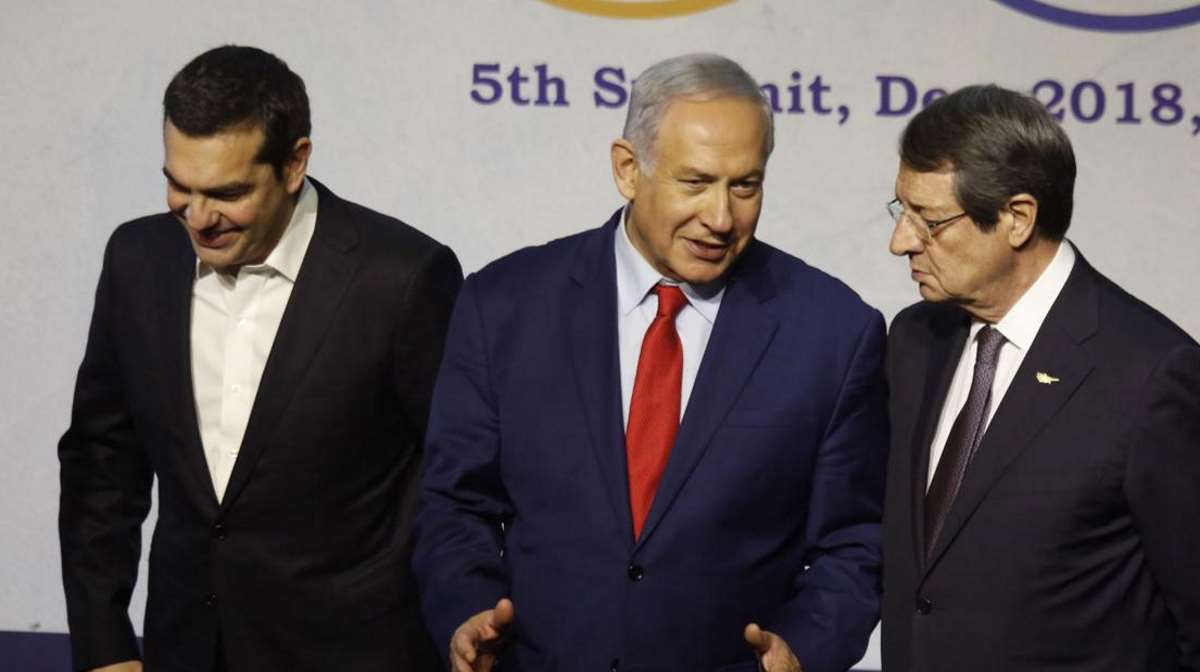 "This is among the most important and substantial decisions during the summit," the Cypriot president was reported as saying.

He added that the text will be signed, probably early next year, after it receives the approval of the European Commission.

The European Union has contributed 100 million euros towards a feasibility study for the project.

Netanyahu was reported as saying that the agreement, which he called "a pipeline for prosperity", is expected to be signed during their next summit in Crete, Greece.

"The pipeline is an important project for Europe's energy security, for the economies of Cyprus, Greece and Israel and for reinforcing the already important cooperation between the three countries," Netanyahu reportedly said.

The EastMed pipeline will begin about 170 kilometers off the southern coast of Cyprus and will stretch for 2,200 kilometers to reach Otranto in Italy through Crete and mainland Greece. It will have the ability to transport up to 20 billion cubic meters of natural gas annually from the Eastern Mediterranean to Europe. ■