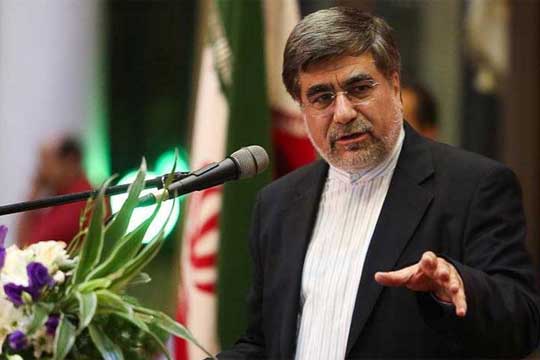 "The memorandum of understanding we signed today is a three-year program. It reverberates on a vast array of matters involving public and private bodies and institutions," Jannati said.

His Italian counterpart Dario Franceschini (seen below) said, "The agreement with the Iranian government includes tight cooperation in a number of sectors such as cinema, music, archeology, museum exchanges, and tourism. We are really proud of the outcome of this meeting."

Jannati also noted that despite some past political tension between Italy and Iran, relations between the two countries have remained strong.

Rome was for decades one of Tehran's biggest commercial partners. The trade volume between the two countries was rated at more than seven billion euros in 2006. However, with Italy supporting the UN Security Council's economic sanctions against Iran, the amount slumped to 1.2 billion euros by 2013.

At a meeting with Jannati, Italy's Minister of Education Stefania Giannini said Rome is ready to further promote teaching of the Persian language at Italian universities and student exchange programs between the two countries.