Iran may use Turkish Stream to deliver gas to Europe

Staff writer ▼ | June 4, 2015
Iranian gas could be delivered via the Turkish Stream pipeline being developed by Russia in the future, Azizollah Ramezani said on the sidelines of the Gas Congress in Paris. 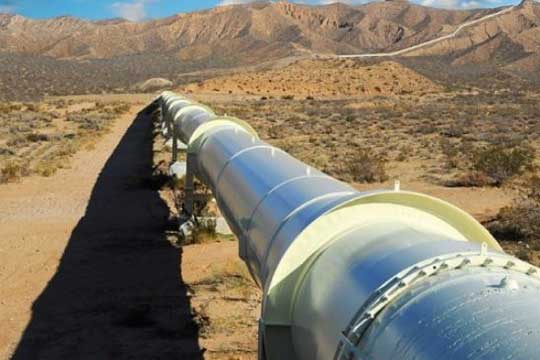 After sanctions   On the sidelines of the Gas Congress in Paris
“There may be a common field, for example in the area of gas pipelines… In the future Iranian gas pipelines could possibly reach Europe and Russian gas pipelines to Europe may be joined and deliver gas together to Europe.”

The Turkish Stream is a proposed pipeline from Russia to Turkey across the Black Sea with a planned annual capacity of 63 billion cubic meters of gas.

“This is possible. There haven’t been any negotiations on this yet, but it could be a good idea to begin talks because this point where the Russian pipeline and the Turkish pipeline go to Europe, may also be a point where Iranian gas pipelines may be reached by Europe,” Ramezani said.

According to Ramezani, the Turkish Stream is not the only route for gas deliveries Tehran is considering. Iran is reviewing five or six routes, such as via the Black Sea, Iraq, Syria, and the Mediterranean Sea.

Each route will be studied according to norms and economic cost efficiency, Ramezani said. Ramezani said, however, that a route would only be chosen after Western sanctions were lifted.

In recent months, Iran has repeatedly stated that it would participate in regional and international gas projects when the sanctions related to its nuclear program were lifted. ■