Staff writer ▼ | May 14, 2014
Iranian and Chinese officials in a meeting in explored avenues for bolstering and reinvigorating bilateral ties, specially in agricultural areas. 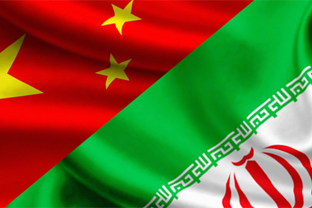 Iranian and Chinese officials in a meeting in explored avenues for bolstering and reinvigorating bilateral ties, specially in agricultural areas.


During the meeting in the Iranian capital, Iranian Agricultural Jihad Minister Mahmoud Hojjati underlined the need for the further expansion of bilateral ties in agriculture and husbandry.

The Iranian agricultural Jihad minister pointed to the current status of Iran-China relations, and said, "The new Iranian government is to expand all-out cooperation with China mainly in agricultural sector."

The Chinese deputy agriculture minister, for his part, called for setting up a working group to help implement the joint projects in the agricultural sector. He pointed to his visits to several Iranian provinces, and said, "I found out that the Iranian agriculture sector has good potentials for mutual cooperation."

Trade between Iran and China in the past year was estimated at $45 billion. Iran is currently China's third largest supplier of crude, providing Beijing with roughly 12 percent of its total annual oil consumption. ■