India ready to pay oil debts to Iran in euros

Staff writer ▼ | March 25, 2014
India's Petroleum and Natural Gas Ministry announced that the country is ready to deposit the money it owed to Iran for its crude imports in euros as demanded by Tehran. 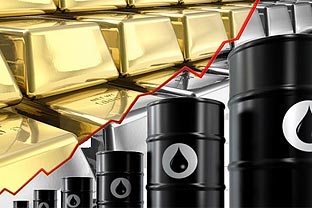 India's Petroleum and Natural Gas Ministry announced that the country is ready to deposit the money it owed to Iran for its crude imports in euros as demanded by Tehran.


Unnamed sources were quoted by the Telegraph that New Delhi will change the current practice of rupee payment as soon as Iran files an official request to that effect.

Earlier this month, Mohsen Qamsari, the director for international affairs at the National Iranian Oil Company (NIOC), said Tehran prefers to receive payments for crude oil exports to India in euros rather than in rupees following the easing of sanctions against Iran as a result of the Geneva nuclear deal.

The National Iranian Tanker Company (NITC) said in January it is resuming crude oil delivery to Asian buyers in its own vessels as sanctions ease following the implementation of Iran's nuclear deal with world powers.

India is among Asia's major importers of energy and relies on Iran to meet a portion of its energy demands. Iran was the second-largest supplier of India's crude before the US-engineered sanctions were imposed on Tehran about two years ago.

Iran and India which have deep historical and cultural relations are now seeking to further expand political and economic ties.

India, the world's fourth-largest petroleum consumer, is Iran's second largest oil customer after China and purchases around $12bln worth of Iranian crude every year, about 12 percent of its consumption.

India and Iran have been holding discussions at regular intervals on issues related to economic cooperation under the joint commission mechanism, which was established in July 1983. ■