Staff writer ▼ | January 2, 2014
India has cancelled a contract with Finmeccanica's AgustaWestland for the purchase of luxury helicopters for VIPs following a corruption scandal, the Press Trust of India reported. 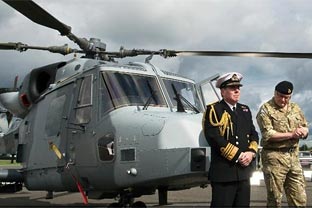 India has cancelled a contract with Finmeccanica's AgustaWestland for the purchase of luxury helicopters for VIPs following a corruption scandal, the Press Trust of India reported.


The deal was scrapped after Defence Minister A. K. Antony held a meeting with Prime Minister Manmohan Singh, the national news agency said, quoting what it described as official defence ministry sources.

India had suspended the deal in 2013 after Italian investigators began looking into allegations that AgustaWestland paid bribes to win the contract. India signed the deal in 2010 for 12 helicopters from AgustaWestland after the company beat competition from American and Russian rivals. In November last year the helicopter maker had sought arbitration to try to salvage the contract.

Italian prosecutors suspect kickbacks worth around 10 percent of the deal - $67.6 million - were paid to Indian officials to swing the deal in favour of AgustaWestland, according to Italian media reports.

India has already received three of the helicopters, intended to be used by such dignitaries as the prime minister and the president, but Defence Minister Antony halted deliveries of the remaining nine.

The purchase also came under scrutiny from Italian investigators probing allegations the Italian group had broken the law by bribing foreign officials. The company denies any wrongdoing. ■

Baidu and QVOD to pay highest fines for copyright infringements