Staff writer ▼ | May 29, 2014
Spain's economy grew at the fastest pace since the 2008 debt crisis, the International Monetary Fund (IMF) said, expecting the recovery to continue over the medium term. 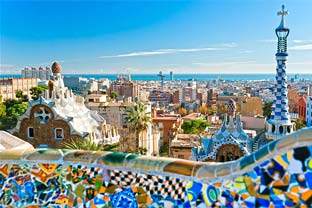 Spain's economy grew at the fastest pace since the 2008 debt crisis, the International Monetary Fund (IMF) said, expecting the recovery to continue over the medium term.


Led by robust exports and improving financial market conditions, confidence has recovered and is feeding into rising private consumption and business investment, the IMF said in the latest regular report issued by its mission in the country.

"But the Spanish people are still suffering from the legacy of the economic crisis. Most importantly, 5.9 million people are unemployed, more than half of them for more than a year. As a result, average household income remains below pre-crisis levels. Households, firms, and the government still face heavy debt burdens," it noted.

The IMF recommended efforts to reduce firm's debt by allowing outstanding tax and social security claims, and to enhance the insolvency framework building with a focus on helping small and medium-sized businesses. It also suggested government lower regulatory barriers to boost jobs and growth.

"Spain has made strong progress in cutting its deficit in the last two years in highly challenging conditions. But the deficit is still very large, and debt, already above the Euro area average, is rapidly approaching 100 percent of GDP. Getting debt to trend down is vital to ensure the recovery is long-lasting," it said.

Stronger policies by Spain's European partners would help the recovery in both the Euro area and Spain, it said, suggesting an easier ECB (European Central Bank) monetary policy would narrow spreads between borrowing costs among euro-zone countries. The IMF also called for progress "toward a more ambitious banking union." ■