Staff writer ▼ | June 12, 2014
India's natural gas production will stagnate at current levels if pricing reforms are not implemented and it will have to import heavily to meet the demand, according to IHS. 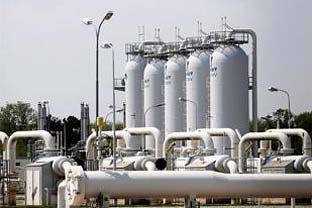 India's natural gas production will stagnate at current levels if pricing reforms are not implemented and it will have to import heavily to meet the demand, according to IHS.


IHS said low regulated gas prices have precipitated a supply shortfall in India, but proposed that reforms to the pricing formula could yield higher domestic production and boost India's economy.

"At (current gas price of) $4.2 per million British thermal unit and with no reforms enforced, the production will stagnate at 3 billion cubic feet (Bcf) per day and India will need to import around 9.7 bcf per day LNG to meet demand. The unmet demand would imply a significant drag on India's economy."

If rates are allowed to increase to $8.5, as set out in the reforms initiated by the previous UPA government, an additional output of 1.95 Bcf per day could come in 10 years.

The previous government had approved a new pricing formula that would have almost doubled rates of all domestically produced natural gas from April 1. However, before a new rate could be unveiled, the general elections were announced and its implementation got deferred. The new NDA government is examining its implementation.

The planned increase to the gas prices has a potential to improve India's balance of payments outlook, enhance security of supply and attract investments into the service industry and supply chain, IHS said.

All of these factors have contributed to the country's reliance on LNG imports, making India the world's fifth-largest liquefied natural gas (LNG) consumer. ■