Staff writer ▼ | September 27, 2014
Prime Minister Viktor Orban said that Hungary could not risk a halt to Russian gas supplies as it froze deliveries to Ukraine amid threats by Moscow. 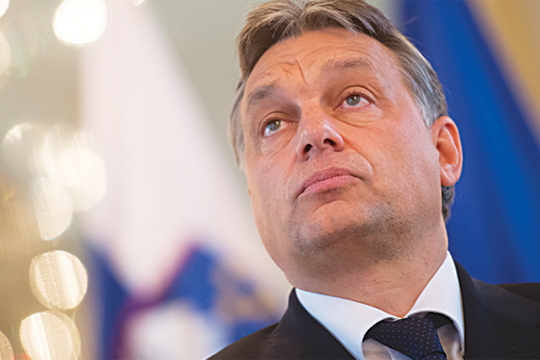 Politics of business   Prime Minister Viktor Orban:
"Hungary cannot get into a situation in which, due to the Russian-Ukrainian conflict, it cannot access its required supply of energy," Mr. Orban said on state radio.

Mr. Orban's statement followed a warning by Moscow that it could cut off European countries have been re-exporting gas to Ukraine to help Kiev through its latest energy war with Moscow.

The threat came as energy chiefs gathered in Berlin for EU-mediated talks aimed at halting a Russian gas supply cut to Ukraine that could leave parts of the war-scarred nation without heat this winter.

"The message from the commission is very clear - we expect all member states to facilitate reverse flows as agreed by the European Council in the interest of a shared energy security," said European Commission spokeswoman Helene Banner in Brussels. ■

Brazil's public debt down in August