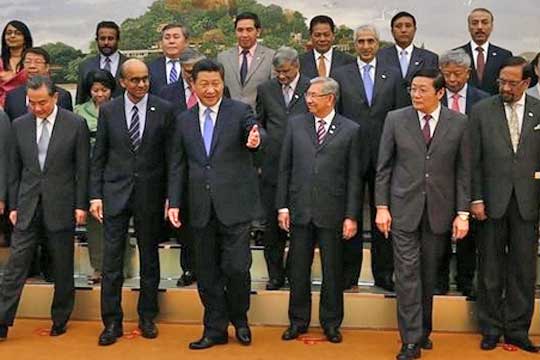 "We have received the application. The AIIB is an open multilateral institute and welcomes countries in and out of Asia to apply for joining," Foreign Ministry spokeswoman Hua Chunying said at a daily press briefing.

China welcomed the application of Portugal to join the Asian Infrastructure Investment Bank (AIIB) as a founding member.

A statement from the Ministry of Finance said Portugal officially sent its written application to China on Tuesday, the deadline for countries to apply to become AIIB founding members.

In a separate statement, the ministry said Iceland also officially sent its written application to China to become an AIIB founding member on Tuesday. Iceland will likewise become a founding member on April 15, subject to the same conditions. ■

EU: Access to healthcare must be guaranteed to everyone, including visitors from other states
Business people to get priority when Japan opens borders, says minister
Trump scientists: Hydroxychloroquine study results enemy statement
Top EU diplomat calls for probe into coronavirus' origins