Staff writer ▼ | April 28, 2014
Grenada and the Netherlands have signed a pair of memoranda of understanding on sustainable development. 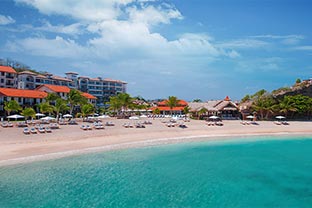 Grenada and the Netherlands have signed a pair of memoranda of understanding on sustainable development.


The two agreements will see the provision of around $1.85 million to Grenada; the two countries will work together to attract an additional $1.85 million from Dutch private sector banks and businesses.

The agreements, which were signed in The Hague on Thursday by Grenada Prime Minister Keith Mitchell, covered two areas: the "Blue Economy" and "Climate-Smart Agriculture."

The aim of the memoranda is as two integrated programmes aimed at improving "sustainable productivity at land and at sea so as to benefit farmers, fishermen, agri-businesses and tourism businesses."

In a statement, Mr. Mitchell emphasized what he called the need for "tangible deliverables" for farmers, tourism operators, agri-businesses and fishermen in Grenada.

The agreements also covered the establishment of an "International Spice Institute," which would be co-located in Grenada and the Netherlands. They would also see the creation of a Blue Economy and Oceans Governance Institute in Grenada. ■