Staff writer ▼ | August 22, 2013
Permission has been granted to begin construction of Jordan's first nuclear reactor. Operating from 2016, the research reactor should become a focal point for the country's nuclear education and training. 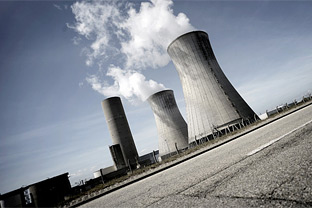 Permission has been granted to begin construction of Jordan's first nuclear reactor. Operating from 2016, the research reactor should become a focal point for the country's nuclear education and training.


The Jordan Research and Training Reactor (JRTR) it is to be built at the Jordan University for Science and Technology, 67 kilometres north of Amman. It will be a 5 MWt version of the Korea Atomic Energy Institute's 30 MWt Hanaro design (High-flux Advanced Neutron Application Reactor). Its fuel will be supplied by Areva of France.

The cost of the reactor is t $130 million, with $70 million of this financed by a soft loan from South Korea to the Jordanian government. Building is expected to be completed in 2016.

Announcing the permit, head Jordanian regulator Majd Hawwari said two years of work had gone into approving the construction, adding that the country follows the licensing guidelines of the International Atomic Energy Agency and the European Union. A two-stage process first looked at the environmental, quality control and seismic aspects of the proposal. The second stage ensured sufficiently qualified personnel for the regulator for JRTR and Jordan's overall nuclear project.

As well as producing radioisotopes, the reactor will provide training facilities for future generations of Jordanian nuclear scientists and engineers, and help the country to develop the infrastructure necessary to support its plans for nuclear power. ■