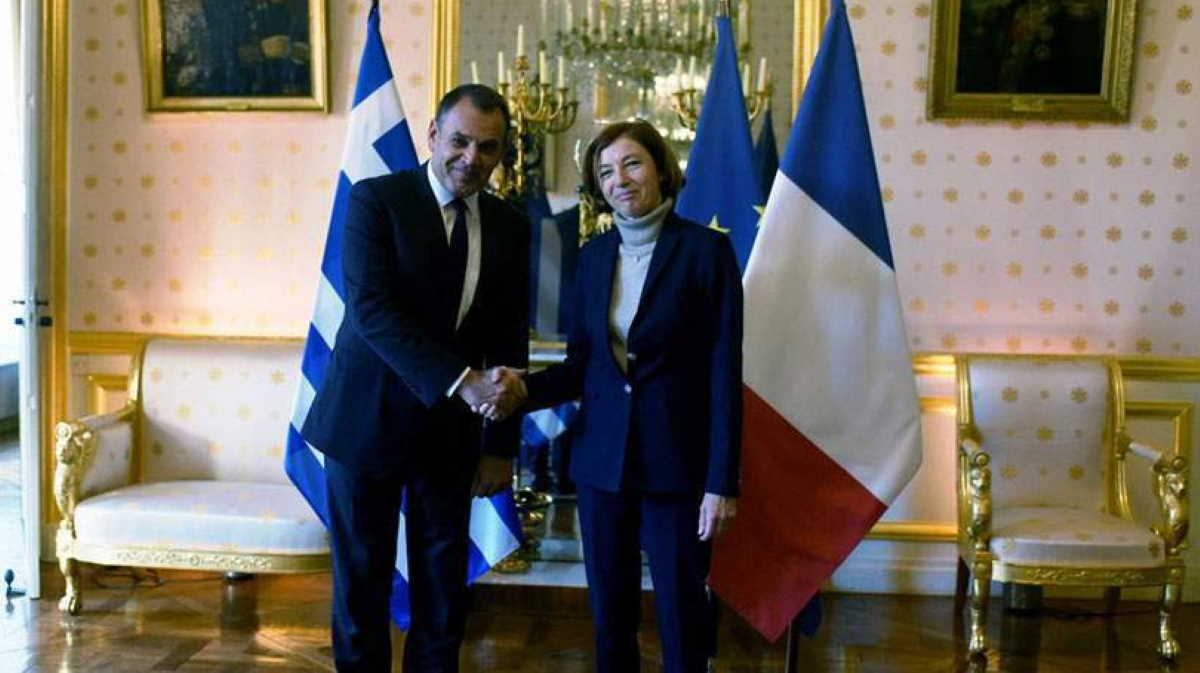 Europe   Nikos Panagiotopoulos and Florence Parly
The ministers signed a statement of intent for the acquisition by the Hellenic Navy of two frigates, Panagiotopoulos said, adding that there was “a long way to go” before an agreement is reached on the required “technical aspects” of the vessels.

Another point of discussion was some pending issues relating to the maintenance of French Mirage fighter jets, he said.

The two ministers also discussed Turkey's offensive in Syria and developments in the eastern Mediterranean where Turkey continues its illegal prospecting for hydrocarbons in Cyprus' exclusive economic zone.

In comments to reporters after his meeting with Parly, Panagiotopoulos referred to French and Italian vessels in the area, saying that they served to underline the presence of the European Union and its objections to Turkey's continuing transgressions in Cyprus' waters. ■