Staff Writer | November 28, 2016
Greece's bailout program is entering a successful stage and rewards are on the horizon, a European official said. 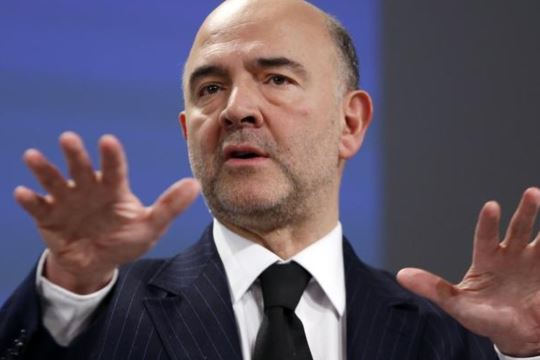 Europe   European commissioner Pierre Moscovici:
"I am convinced we are entering the stage of success regarding the Greek bailout program.

"I believe the rewards - meaning the restoration of trust in the economy, growth, creation of jobs and hopefully an agreement on debt relief - are on the horizon," Pierre Moscovici, European commissioner for economic and financial affairs, told Greeks national broadcaster ERT.

Regarding Greece's debt relief issue, he noted that "should Greek authorities fulfill their obligations, we should also assume ours."

Moscovici is due in the Greek capital Monday for talks with Greek leaders on the progress achieved and the next steps as Greece and its lenders are trying to conclude the second review of the third Greek bailout before launching discussions on debt relief.

Despite pending issues, Greek Prime Minister Alexis Tsipras and cabinet ministers have expressed optimism that an upcoming meeting of eurozone finance ministers on December 5 will ratify the second review and open the way for debt relief to ensure the Greek economy's sustainable development.

Moscovici shared the view, saying talks on the conclusion of the second review were "carried out in a positive direction." ■