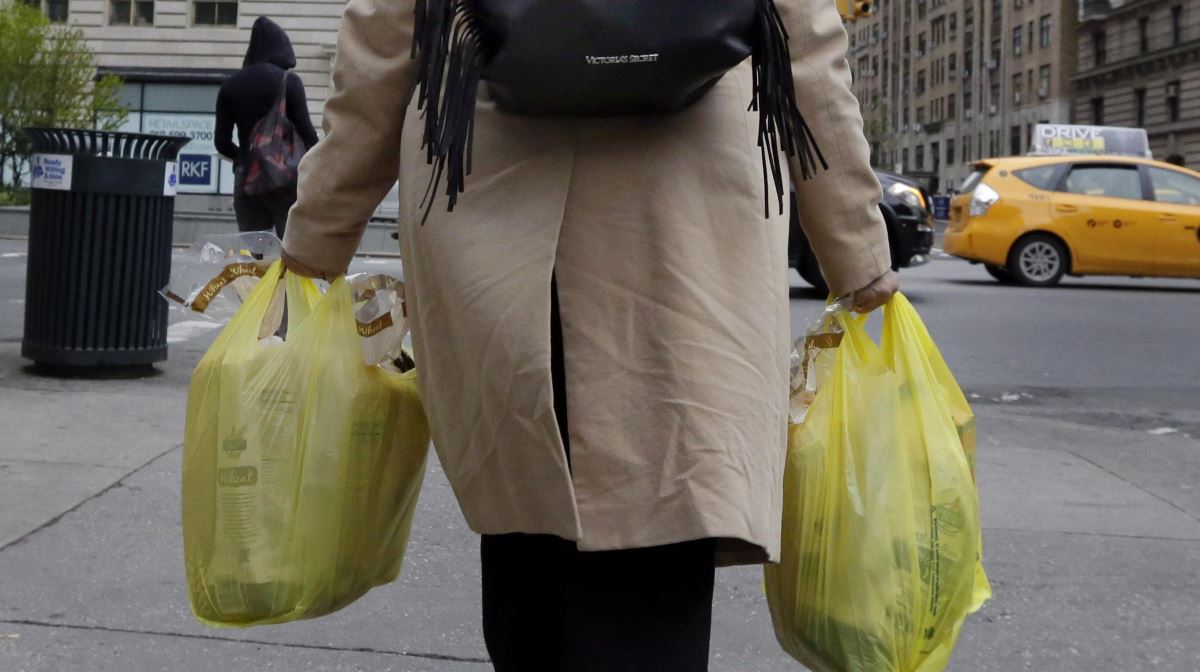 It is estimated that New Yorkers use 23 billion plastic bags annually, and nationwide studies show that approximately 50 percent of single-use plastic bags end up as litter.

In addition to preventing plastic bag litter in our environment, this ban will also help reduce the greenhouse gas emissions associated with plastic bag production and disposal, from petroleum used to produce the bags to emissions from the transportation of bags to landfills.

DEC will work with stakeholders and community leaders to ensure the roll-out of this initiative does not disproportionately impact low and moderate income and environmental justice communities through the distribution of reusable bags.

Under the new law, garment bags, trash bags and any bags used to wrap or contain certain foods, such as fruits and sliced meats are exempt from the ban.

Counties or cities will also be permitted to charge a five cent fee for single-use paper bags.

Three cents from the fee will go to the Environmental Protection Fund, while the other two cents will go to the locality to pay for distribution of reusable bags.

New York joins California and Hawaii as the only states where single-use plastic bags are banned. ■

BrightFarms to expand in Pennsylvania and create jobs