Staff writer ▼ | July 30, 2014
New Zealand dairy farmers learned that their earnings for the 2014-2015 season will be worse than expected thanks to a boom in global production and a glut of dairy products in China. 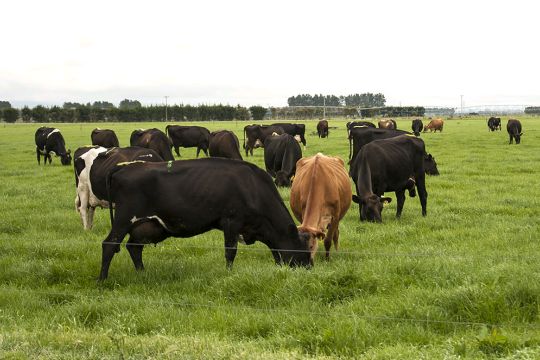 Warning to politicians   New Zealand dairy farmers in problems
Farmer-owned cooperative Fonterra, the world's biggest dairy exporter, announced a payout of 6 NZ dollars (5.11 U.S. dollars) per kilogram of milk solids, down from 8.40 NZ dollars (7.15 U.S. dollars) in the previous season, sparking concerns over the impact on the national economy.

The drop in payments would see total earnings by the country's dairy farmers, who produce the country's pillar export commodities, fall by 4.3 billion NZ dollars (3.66 billion U.S. dollars), or the equivalent of 1.9 percent of gross domestic product, the New Zealand Herald newspaper reported.

Fonterra chairman John Wilson said the payout reflected continuing volatility in the international commodity prices, with Fonterra's own GlobalDairyTrade price index dropping by 16 percent since the season opened at the beginning of June.

Federated Farmers, the industry lobby, warned politicians to "cut their cloth" in making pledges before September's general election as farmers prepare to cut costs themselves.

Federated Farmers dairy chair Andrew Hoggard said the drop in earnings is a surprise, although farmers have anticipated a fall in earnings.

"It means farmers will need to watch costs closely and cut their cloth accordingly. It means getting back on the computer to reforecast farm budgets. One thing for sure, the margin between operating costs and revenue has appreciably closed up." ■