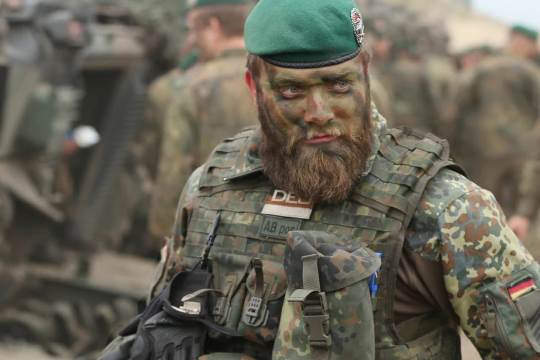 As a consequence, expenditure in the eurozone's largest economy will once again fall significantly short of the NATO quota.

Nevertheless, the figures cited by von der Leyen still mark a departure from an earlier budget proposal published by Finance Minister Olaf Scholz (SPD) which would have witnessed a decline in defense spending to 1.23 percent of GDP until 2022.

German policymakers have publicly insisted that a recently-made pledge to undertake greater efforts to comply with the NATO goal only mean that government funding for the armed forces will increase as a share of output without necessarily meeting the arbitrarily-set rate of 2 percent of GDP.

The U.S. has increasingly leveled criticism at Berlin for purportedly failing to pull its weight as a NATO member. Hostile comments by U.S. President Donald Trump hereby added to strains on the transatlantic relationship with German Chancellor Angela Merkel (CDU), urging the European Union (EU) to reduce its reliance on the U.S. for security needs in the future.

Von der Leyen said on Monday, however, that the increase outlined by her department would demonstrate to international partners that Germany remained committed to its collective security obligations under the NATO framework.

Greater budgetary flexibility would also benefit the country's armed forces directly which have repeatedly complained about the poor state of their equipment.

The defense minister further argued that it would be inappropriate to only focus on raw financial contributions to NATO without considering the concrete responsibilities assumed by members.

She highlighted in this context that Germany already provides the second largest contingent of troops to the defense alliance. ■

No money here: Kellogg shutting down operations in Venezuela