Staff writer ▼ | November 3, 2014
The Free Trade Agreement (FTA) between China and Iceland has become one of the topics at the current Arctic Circle Assembly here for bringing Arctic opportunities. 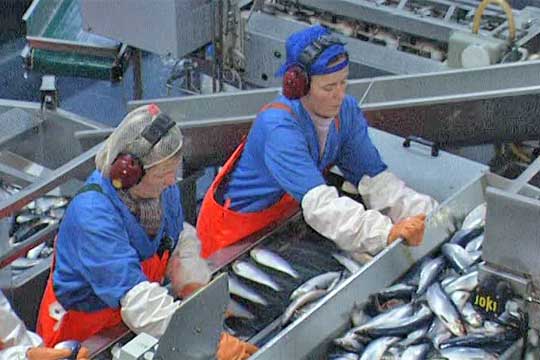 Free Trade Agreement   The Arctic Circle Assembly
Addressing a breakout session of the assembly, Thordur Hilmarsson, Director of Invest in Iceland under Promote Iceland, said that FTA between Iceland and China offers multiple opportunities for both countries for bilateral trade and investment. For Iceland in particular the FTA agreement opens up for new opportunities regarding FDI projects.

According to the FTA which came into force on July 1, China will implement zero tariff on goods under 7,830 tariff numbers imported from Iceland, which accounted for 81.56 percent of China' s total imports from Iceland, including its aquatic products after the agreement coming into effect.

Hilmarsson said it is really remarkable that China, a country of about 1.35 billion people, is doing a free trade agreement with Iceland with only about 320,000 people.

"In addition to the favorable terms offered by the free trade agreement, foreign investors who would like to put up a production facility to make use of Iceland as a hub for export of their products, are offered considerable incentives according to an incentives scheme currently being processed by the Icelandic Parliament," he said in an interview with Xinhua before his presentation.

Hilmarsson said that the free trade agreement offers many opportunities regarding foreign direct investment in Iceland as companies from China, Europe, USA and Canada can use Iceland as a production hub to trade without barriers bilaterally.

Fish products are important in Iceland and the FTA offers opportunities to increase the seafood trading even further bearing in mind that prior to the agreement the tariffs were up to 18 percent on export of seafood. ■