Staff writer ▼ | March 17, 2014
South Korea has seen its exports to the United States soar in the two years since the Korea-U.S. Free Trade Agreement (FTA) came into effect, according to a report released by the Korean government. 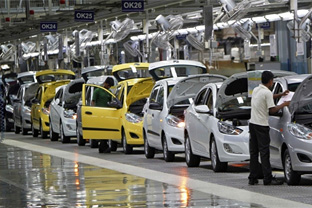 South Korea has seen its exports to the United States soar in the two years since the Korea-U.S. Free Trade Agreement (FTA) came into effect, according to a report released by the Korean government.


The U.S., meanwhile, is winning in the services sector. Experts point out that Korea should get rid of hidden barriers so consumers can fully enjoy the benefits of the FTA, which became effective on March 15, 2012.

According to data released by the Ministry of Trade, Industry and Energy, Korea's exports to the U.S. grew by 10.3 percent, while overall exports grew by 6 percent.

"Since the FTA took effect, Korea's exports to the United States grew faster than its total exports, becoming a sustaining pillar for exporters," the ministry said. The world's biggest market takes 22.5 percent of the global GDP.

The U.S. is currently Korea's third-largest trade partner, with $103.5 billion in trade volume, following China and the EU. Total imports of U.S. goods decreased by 3.8 percent, but those of products that benefited under the pact jumped 10.1 percent.

When talks of the free trade negotiations started, the biggest concern was Korea's fragile agriculture sector.

Statistics show that exports of Korea's agricultural products and food expanded by 21.4 percent during the past two years, while imports fell by 20.2 percent. The ministry explained that the import of U.S. grain decreased due to a drought in North America. Some fresh fruits, however, are increasing their market share. Korea is importing 92.4 percent more cherries from the compared with two years ago, and 93 percent more grapes.

The pact also boosted U.S. investment in Korea, which has nearly doubled during the two-year period to 24.5 percent of the total foreign direct investment (FDI) as of the end of the last year.

The automobile industry is benefiting from the FTA in both Korea and the U.S. Korea's automobile exports increased by around 200,000 vehicles, to hit 759,385 last year, compared with 2011.

U.S. automakers are also expanding their share in the Korean market, nearly doubling during the two-year period its market share grew 9 percent, while that of the EU dropped 1 percent.

Kim Hyung-joo, a research fellow at LG Economic Research Institute, said that exports to the U.S. grew thanks to both the FTA and the economic recovery there.

"The effects of the two are mixed in the statistics. Exports to the E.U. meanwhile decreased despite the Korea-E.U. FTA due to the sluggish economy in Europe," he explained, adding that it will take more years to analyze the effect of that trade deal. ■