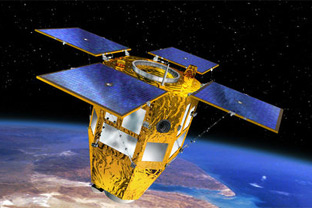 
Mr. Le Drian also said that the European Union should manage a European space situational awareness program that would include French military assets. He added that the two-satellite CSO (Optical Space Component) needs a third component. He added that France would prefer to keep program leadership, and that a third satellite might be financed if the executive commission of the European Union entered the program as a customer.

In an interview with the in-house magazine of the French space agency, CNES, Mr. Le Drian said France hopes to strike CSO image-sharing arrangements with Germany and Italy, similar to the agreements in place under which French optical images are given to these two nations in exchange for their radar imagery under separate bilateral agreements.

The European Union's satellite image-analysis center in Torrejon, Spain, currently has access to Helios-2 imagery under restricted conditions that have long been a subject of debate. France initially wanted to charge the center a per-image fee that was much higher than what the center would pay for commercial imagery from U.S. providers such as DigitalGlobe of Longmont, Colorado.

France allows the European Union Satellite Center access to Helios on a collaborative basis when the center is evaluating regions in which French forces are active as part of a European security operation. ■