Staff writer ▼ | May 4, 2015
French Defense Minister Jean-Yves Le Drian is expected to lay the groundwork for the formal purchase of Rafale fighter jets from French firm Dassault during his India visit next week. 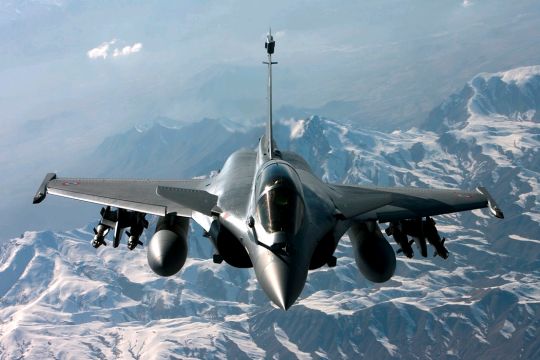 Defense industry   French Defense Minister Jean-Yves Le Drian:
The signing of a formal contract will not happen just yet, French Ambassador Francois Richier said. He also said the negotiation and due diligence exercise between India and France during the tendering process for procurement of the Medium Multi-Role Combat Aircraft (MMRCA), would help nail the deal sooner rather than later.

"He (Drian) will come to India during next week. We are still finalising the dates and timing," Richier said.

"The visit will not be (about) signing the contract, because it is just an agreement which is two weeks old, but to set up the negotiation... so it will be a very important visit."

Prime Minister Narendra Modi during his visit to France last month had signed an agreement to buy 36 Rafale fighter jets for $6 billion.

Richier said that combat planes manufactured by the French firm Dassault had been a part of the Indian Air Force for decades going back to 1953, when the company first sold 'Hurricanes' to the Indian Air Force, a plane which was later used by the Indian military to liberate Goa from Portuguese colonial yoke. ■