France to nationalize shipyard after dispute with Italy 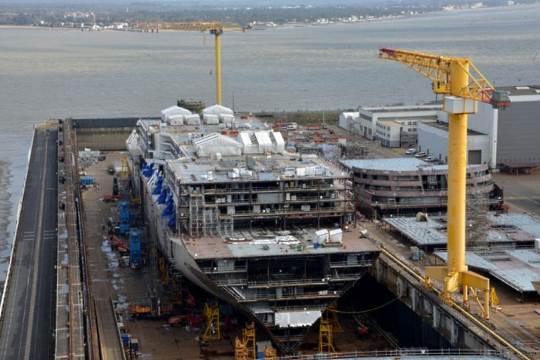 Shipping   "We will continue to negotiate"
"We have taken the decision to exercise the state's right of pre-emption on STX," the minister said.

"The shipyard is not destined to remain under state control. The pre-emption decision is temporary and should give us the time to negotiate in the best conditions," he added.

In May, Fincantieri, Italian state-run shipbuilder, proposed 79.5 million euros (92.83 million U.S. dollars) to seize for two-thirds of STX France, which is offered for sale following the collapse of its South Korea parent, STX.

According to Le Maire, the fifty-fifty capital was "a fair proposal (which) helps preserve the strategic interests of France while associating... Italian friends with French shipbuilding".

"We will continue to negotiate on this basis with our Italian friends in the coming days," he said, adding that he would fly to Italy next week. ■

Italy: We won't be pushed around by France over shipyard
Denmark needs a new massive shipyard
France and Italy push ahead with $30 billion under-Alps rail link