Staff writer ▼ | June 25, 2013
Nigeria can achieve a lot more but slow progress before the 2015 elections is keeping the country from getting a better credit rating, said Fitch Ratings. 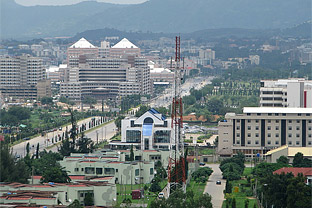 Nigeria can achieve a lot more but slow progress before the 2015 elections is keeping the country from getting a better credit rating, said Fitch Ratings.


"We are clearly in a pre-election period now in Nigeria and we have seen a slowdown on the reform front. We judge Nigeria by what they achieve and some of their more ambitious plans may not come to fruition until after the election," Richard Fox, Fitch's London-based head of Middle East and Africa sovereign ratings, was quoted by Bloomberg.

Fitch's comments are coming a month after Moody's Investors Service said Nigeria's slow implementation of structural economic reforms was limiting its chances of a credit-rating upgrade, along with corruption, weak institutions and vulnerability to oil-price drops, writes allAfrica.

Fitch rates Nigeria at BB-, three levels below investment grade. There's "no reason" why the country isn't at investment grade, said Mr. Fox. A proposed law to change regulation and funding of the nation's oil industry has been stalled in parliament since it was first sent to the National Assembly in 2008 and "it's anybody's guess if that's going to emerge this side of the election," he added.

Morningstar revenue in Q1 up 5 percent