Staff writer ▼ | March 3, 2015
The impact of global fiscal crises is the biggest risk to doing business in the United Arab Emirates. 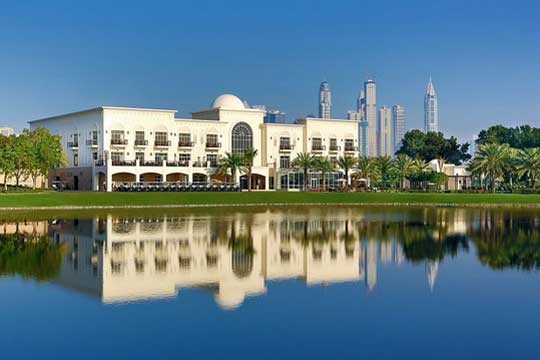 The World Economic Forum has conducted the Executive Opinion Survey every year since 1979. It interviewed more than 13,000 business executives across 144 economies for the 2015 report. Respondents were asked to select the five global risks that could threaten their ability to do business in their home country.

"Fiscal crises in key economies" was ranked as the number one risk to doing business in the UAE by 21.4 percent of the UAE executives surveyed. They were concerned that contagion from failures in major economies could adversely impact the UAE's business environment. In fact, fiscal crises was the primary concern for doing business in 93 (65 percent) of the 144 economies covered by the survey.

The second highest risk ranked by the UAE executives, with 11.2 percent, was an "oil price shock"; followed by a "liquidity crises" (10.5 percent), "failure of a major financial mechanism or institution" (9.4 percent), and "violent interstate conflict with regional consequences" (6.8 percent).

The risks to doing business in the UAE mirrored many of the same threats identified by executives in the other 144 countries. The only difference in the top five was that the global survey ranked "profound political and social instability" as the fifth biggest risk, whereas UAE business executives did not see this as a threat in their home market.

Perhaps inevitably, given the UAE Government's commitment to the long-term development of the Emirates, the "prolonged neglect of critical infrastructure" and "mismanaged urbanization" ranked particularly low in the UAE, and well below the global average.

Brian Reilly, CEO of Zurich Insurance Middle East, commented: "Businesses in the UAE face a plethora of global risks. Given the UAE's position as a global business hub, and the severe impact that the previous global financial crisis had on the economy, I am not surprised to see the risk of fiscal crises ranked as the biggest threat to doing business in the UAE.

"Global risks do not respect national boundaries so it is imperative that executives are aware of the biggest risks to their business in the UAE. As a leading global insurer, Zurich prides itself on helping businesses of all sizes to identify and protect themselves from these risks." ■

IMF: Germany shouldn't be too fast
U.S. will admit up to 45,000 refugees next year
Belgium supports FAO emergency response capacity with €5.8 million

Director Donal Smith to step down from Trinity Mirror

Mind-readers: Scientists can say what you have learned