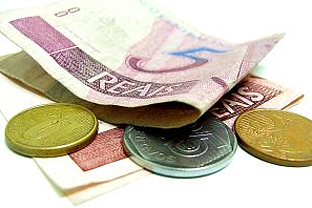 
"If we cut taxes further, like we did on diesel sales, all the foregone revenues will be compensated by spending cuts or other taxes," Mr. Mantega told O Globo.

"Even the United States were downgraded already. That's life. What is important to me is the economic performance, public accounts, inflation. We will perform better this year than in 2012," said Mr. Mantega.

Brazil is expected to grow 2.5 percent this year. It expanded just 0.9 percent last year and missed its budget target. The country is struggling to improve its finances and regain investors' confidence but this has become even more challenging as the government faces the largest street protests in decades, with more than one million people demanding better public services.

Brazil had offered tax breaks and other subsidies in the past few years, without raising other taxes, in an attempt to revive the economy but that didn't help and the economy has failed to improve substantially. The fall of Brazil's fiscal accounts prompted the Standard and Poor's to warn of a possible downgrade of Brazil's debt rating. ■