European states: We are against anti-Iran sanctions

Staff Writer | November 13, 2017
EU Commissioner for Agriculture and Rural Development Phil Hogan said that none of the European countries favor to impose sanctions on Iran. 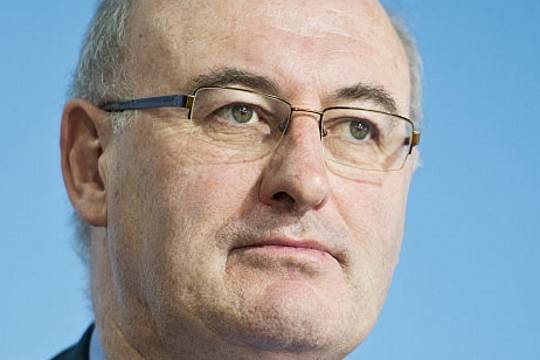 Asked about the Joint Comprehensive Plan of Action and the fact that in case of the U.S. violation of the deal, whether the EU will slap sanctions against Iran under probable pressures, he said that none of the European countries are scheduled to impose embargos against Iran.

“We have concluded the deal earlier and we will not hesitate to keep cooperation and fulfill our commitments under the deal,” Hogan said.

“We have been some signatories to the deal and the EU is fully active in the field, as presence of the EU’s senior officials in US Congress last year was aimed at backing Iran’s nuclear activities,” he said.

He further noted that the bloc plans to boost agricultural cooperation with Iran, and said, "We have declared our willingness to that effect to Agriculture Minister Mahmoud Hojjati." ■

Iran plans to buy up to 90 aircraft a year from Boeing and Airbus
Iran ready to buy 100 aircraft from Boeing
EU: U.S. sanctions on Russia threat to energy independence

Shell to sell part of its stake in Woodside Petroleum for $1.7 billion