Staff writer ▼ | November 8, 2014
Iran's Ministry of Industry, Mines and Trade announced that four European countries are seen in the list of top exporters of different commodities to Iran. 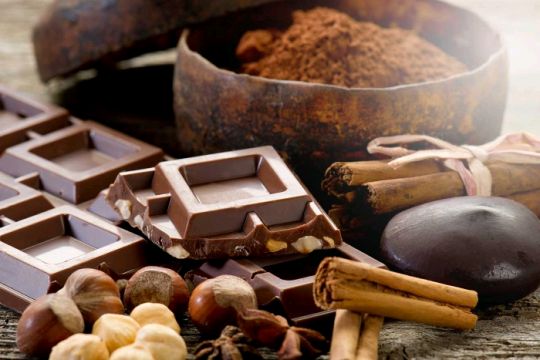 Statistics   Ministry of Industry, Mines and Trade
Four European countries, namely Germany, Switzerland, Italy and the Netherlands are among top ten exporters to Iran during the first half of the current Iranian year (March 21, 2014-September 22, 2014), the ministry said.

During the six-month period, the four mentioned countries exported a total $2.995 billion worth of commodities to Iran. Compared to figures from last year, Germany, with some $1.249 billion worth of exports to Iran, remained the six-biggest exporter to Iran and the top European exporter.

Switzerland exported some $780 million worth of commodities to remain the seventh-biggest exporter to Iran, while Italy and the Netherlands claimed the eighth and ninth places respectively, it added.

According to customs data, the United Arab Emirates, China, India, South Korea and Turkey were respectively top five exporters to Iran during the first half of the current Iranian year.

The ministry also announced that Iran's non-oil exports in the first half of the current Iranian year increased 18 percent compared with last year's corresponding period.

The Ministry of Industries, Mines and Trade announced that the country’s total non-oil exports, including goods, services and gas condensates, in the six months amounted to $28.178 billion, showing an 18-percent growth year-on-year which was $23.87 billion.

It also said that Iran exported iron ore, iron and steel products, as well as white cement, worth $1.2 billion during the said period. The products were among the 10 major Iranian export commodities.

In the same period, the value of Iran’s iron ore granules with a purity of less than 40 percent amounted to $497 million and accounted for 3 percent of the total exports. This is while the price of each ton of iron ore in the same time-span was about $66.

During this period, Iran exported $411 million worth of steel and iron products accounting for 2.5 percent of the country’s total exports. The price of each ton of the products amounted to $705.

In this period, the country exported $330 million tons of cement, accounting for 2 percent of the total exports. Each ton of the product was valued at $60.

Czech Republic to begin easing border restrictions on May 26
France ready to impose quarantine on visitors from Britain
Czech PM: Poorly-run EU countries should not get billions
£1 billion for Trans-Pennine dualling transformation