Staff writer ▼ | July 19, 2013
The European Commissioner for energy, Guenther Oettinger, has called for operating and drilling companies to deliver the highest standards when operating outside of American and European regulated waters. 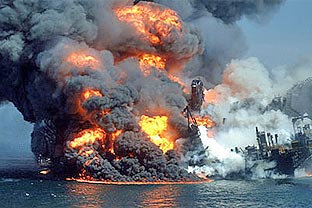 The European Commissioner for energy, Guenther Oettinger, has called for operating and drilling companies to deliver the highest standards when operating outside of American and European regulated waters.


"We call upon oil and gas companies and drilling contractors operating in EU waters to respond to the challenge to their leadership in global safety and environmental protection. We call on them to exert their influence to see a rise in standards both rapidly and permanently, and to ensure the transparency of that achievement," said Mr. Oettinger.

Three years ago the world reflected on offshore safety and pollution following the Macondo disaster which was the cause of 11 deaths and the United States' worst ever pollution event. Two weeks ago saw the 25th anniversary of the world's worst fatal offshore disaster on the UK's Piper Alpha platform, in which 167 workers and rescuers were killed.

Following Macondo, the United States government and the European Union conducted major investigations of safety levels in their offshore waters and it became apparent that the underlying drivers of major accident risk exist everywhere – no country possessed all the necessary arrangements to secure best industry practises. In addition, many of the accidents and narrow near-misses of the past years have involved American and European companies around the world.

The US reorganised its regulatory safety and environmental agencies in the DoI to ensure their rigour and independence. It has also amended safety rules in the light of the Macondo disaster and mandated a safety and environmental management system (SEMS) which all operators must adopt. The industry has established the Center for Offshore Safety in Houston to support the verification of SEMS practices. The first round of verification of SEMS assessments is due in November this year.

On July 18, new legislation enters into force in the European Union to ensure global best safety practices by industry and regulators are implemented across all active offshore regions in Europe. Oil and gas operators and rig owners are required to prepare safety cases for preventing major accidents and their environmental consequences, which are acceptable to the regulatory agency in each country.

European companies involved in major accidents overseas will be required to report the circumstances to their country of domicile. Any operator or rig owner working in European waters will have their corporate global safety policy scrutinised by the regulator.

The London based International Association of Oil and Gas Producers (OGP) and the Houston based global association for drilling contractors, IADC, operate voluntary safety and environmental damage reporting schemes. Not all member companies choose to report their accidents and this contributes to difficulties in tracking global safety performance of the industry and fuels claims of a lack of transparency in the industry.

The United States and Europe's North Sea countries have collaborated on the issue of offshore safety for some time. Both are founder members of the International Regulators Forum established nearly 20 years ago. ■