Staff writer ▼ | October 11, 2013
The European Union has requested the establishment of a dispute settlement panel at the World Trade Organization (WTO) in Geneva to rule on the legality of the "recycling fee" which Russia imposes on imported vehicles. 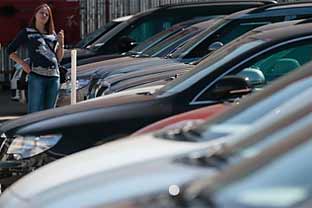 The European Union has requested the establishment of a dispute settlement panel at the World Trade Organization (WTO) in Geneva to rule on the legality of the "recycling fee" which Russia imposes on imported vehicles.


This is the next step under WTO litigation procedures, after the EU has held formal consultations with Russia in July this year.

The fee, which the EU considers discriminatory towards imports, has a severe impact on EU vehicle exports to Russia, worth €10 billion a year. The EU has repeatedly raised the issue in bilateral talks with Russia, and then in formal WTO consultations. However, more than a year after the fee was introduced, the discrimination continues.

On July 9, this year, the EU requested formal consultations in the WTO hoping Russia would propose an alternative to its discriminatory measures. Japan made a similar request on July 24. The EU consultations with Russia held on 29 and 30 July failed to resolve the dispute and Moscow continues to apply the fees.

The fee creates an additional burden for EU exports and offsets the reduction in import tariffs Russia accepted when joining the WTO. The fee, introduced on 1 September 2012, only days after Russia's WTO accession, is levied on imported cars, trucks, buses and other motor vehicles.

While the fee is imposed on all imports from the EU, the charges are not applied to vehicles produced in Russia and its Customs Union partners, Kazakhstan and Belarus. The EU considers therefore that the fee is incompatible with the most basic WTO rules that prohibit treating domestic products better than imported ones and applying different conditions depending on the origin of a product.

If the EU raises the issue again at the following DSB meeting in November, Russia will be unable to block the request for a second time. Once the panel is formally established, the parties and/or the WTO Director-General will select the panellists in charge of the adjudication procedure. ■