Staff writer ▼ | November 23, 2013
A Parliament spokesperson said the institution was concerned about how easily an anonymous hacker broke into MEPs' personal emails, as was revealed by French investigative journal Mediapart. 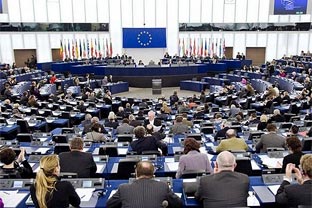 A Parliament spokesperson said the institution was concerned about how easily an anonymous hacker broke into MEPs' personal emails, as was revealed by French investigative journal Mediapart.

"It was a child's game", the anonymous hacker said, reports EurActiv. With "ridiculous" computer equipment and "a few bits of knowledge that everyone is capable of finding on the internet", the hacker broke into the personal files and confidential emails of MEPs such as Ana Gomes from Portugal, Markus Pieper from Germany, Constance Le Grip from France and 11 others.

The hacker says his aim was simply to raise awareness about the vulnerability of the security system of the Parliament, at a time when the NSA spying scandal was shaking public opinion across Europe.

The hacker sat in a public place near the Parliament building in Strasbourg and managed to make nearby smartphones and computers pass through the "wifi" of his computer to connect to the internet. That was the hardest part of the procedure, he explained.

Then he accessed an application most MEPs use and which signals when new mail arrives in their inbox. The app does warn the user that an intruder is trying to access their data, but the message is "obscure", the hacker said, and most users click OK, thereby giving access permission.

The Parliament head of the press unit, Marjory Van den Broeke, expressed concern about the information disclosed by Mediapart. The House IT services are "investigating" the issue "since this morning" to "establish how this happened," she said. "It's a technical issue, depending on the outcome of the investigation, we'll see if and what measures should be taken." ■