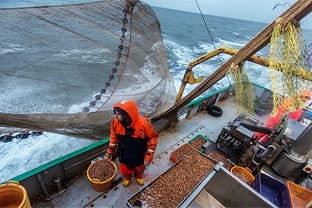 The European Commission has fined four European North Sea shrimps traders a total of $28.8 for operating a cartel in breach of EU antitrust rules.


The companies are Heiploeg, Klaas Puul, Kok Seafood (all of the Netherlands) and Stührk (of Germany). Between June 2000 and January 2009 Heiploeg and Klaas Puul agreed to fix prices and share sales volumes of North Sea shrimps in Belgium, France, Germany and the Netherlands. Kok Seafood participated at least from February 2005 and Stührk was involved in price fixing in Germany in the period from March 2003 to November 2007.

Klaas Puul received full immunity from fines under the Commission's 2006 Leniency Notice, as it was the first to provide information about the cartel.

The coordinated price level at which the retailer bought their shrimps directly affected the prices charged to the end-consumers. The size of the market varies heavily from year to year depending on the volumes landed by the fishermen and the prices paid, but is always at least 100 million. The companies involved have high combined market shares in the European Economic Area (EEA), estimated to be around 80%.

The purpose of the cartel was to freeze the market by stabilising the suppliers' market shares in order to facilitate price increases and stimulate profitability. The cartel affected the EU market and sales in Belgium, Germany, France and the Netherlands in particular.

The cartel took the form of a range of informal bilateral contacts primarily between Heiploeg and Klaas Puul but also involving Stührk and Kok Seafood. The discussions usually covered a wide range of aspects of their business, including their purchase prices from fishermen, conduct towards other traders on the market, market sharing, and prices charged to specific important customers that often set the benchmark price for other customers. ■