Staff Writer | November 9, 2016
Egypt's Minister of Petroleum and Mineral Resources Tarak El-Molla said that his country's decision to float the pound will help Egypt country become a net exporter of oil and gas by 2021. 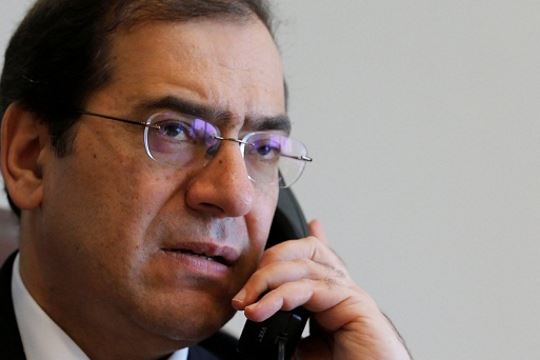 Oil production   Thanks to the new currency regime
The floating of the pound was a very good step, but we cannot say when it will boost our oil exports, he told reporters at the ongoing Abu Dhabi International Petroleum Conference (ADIPEC).

"We are working hard to transform ourselves to a net energy exporting nation and we target this for the year 2021," the minister added.

The Central Bank of Egypt announced last Thursday the devaluation of the pound by 48 percent which would allow the pound to float in the financial market based on supply and demand.

Egypt aims to increase the share of renewable energy like solar power to 35 percent by 2035, El-Molla said, adding "Egypt will be a major energy hub in the Middle East in the near future, this is our plan."

El-Molla added that "thanks to the new currency regime and we already see more confidence from our partners in the upstream sector when they would like to have their payments in dollars and transfer it overseas." ■