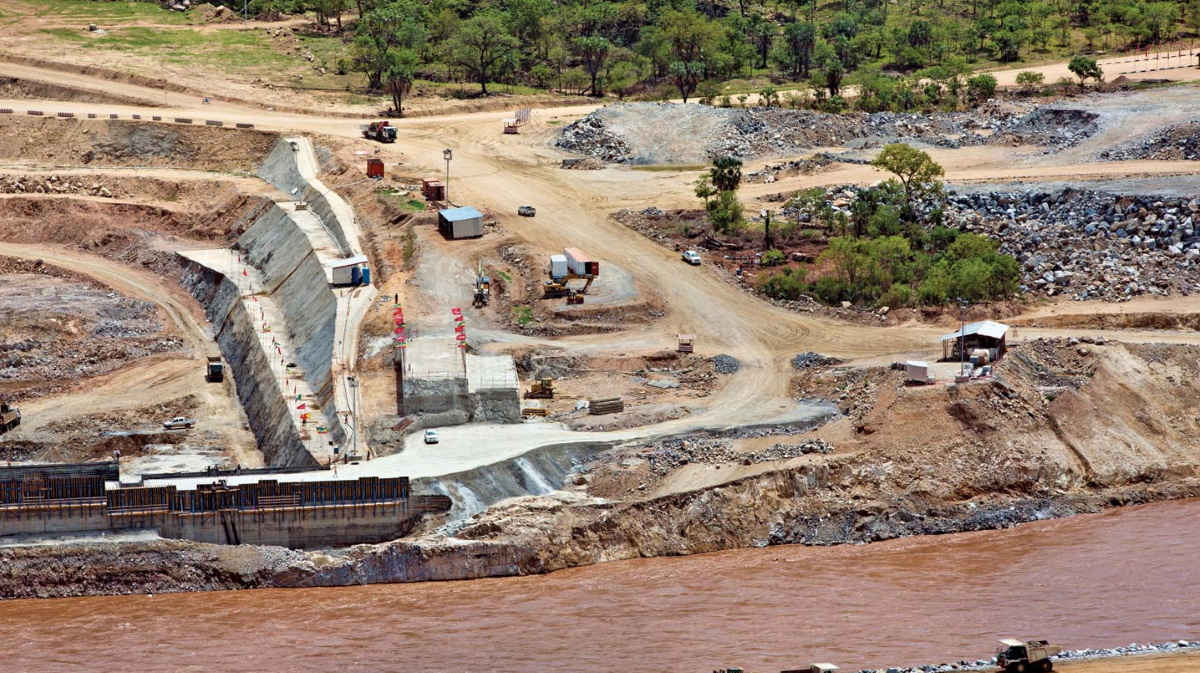 Africa   Nile dam
"The committee aims to reach a final vision of the rules for filling and operating the dam," said Bassam Rady, spokesman of the presidency, in a statement.

The remarks came in a meeting between the two leaders at the sidelines of the Russia-Africa Summit held in the Russian Black Sea resort city of Sochi.

The committee will seek to overcome any negative repercussions from the reported statements attributed to the Ethiopian side, Rady said.

The Ethiopian prime minister expressed appreciation for the Egyptian leadership, government and people, saying his recent remarks on the GERD, which fuelled tensions between the two states, were "quoted out of context."

On Tuesday, Egypt expressed "great shock and deep concern" in response to Ahmed's alleged remarks on the dam talks, as he warned that his country could prepare millions of people in case a war broke out over the dam.

Ahmed said that his controversial statements "have in fact expressed Ethiopia's commitment to the construction of the Renaissance Dam without causing harm to Egypt and Sudan."

The Ethiopian leader noted that his government and people have "no intention to harm the interests of the Egyptian people," affirming that the stability of the two countries is an added value for the whole African continent.

During the meeting, al-Sisi said while Egypt has always shown openness and understanding of the developmental interests of Ethiopia by building the GERD, it sticks to its historical rights in the Nile water share.

The construction of the dam should take place within a balanced framework which takes into consideration the interests of both upstream and downstream countries, the Egyptian president added.

The GERD is a gravity dam on the Blue Nile River in Ethiopia, which has been under construction since 2011.

Egypt, a downstream Nile Basin country that relies on the river for its fresh water, is concerned that the construction of the GERD might affect its 55.5-billion-cubic-meter annual share of the river water.

GERD is expected to produce more than 6,000 megawatts of electricity and become the largest hydropower dam in Africa upon completion.

Tripartite talks between Egypt, Ethiopia and Sudan over the GERD began in 2014. One year later, the three countries signed the Declaration of Principles, which says Egypt and Sudan, the downstream countries of Nile River, should not be negatively affected by the construction of the dam.

However, Egypt recently said the talks have reached a deadlock. ■