Denmark to invest $1.5 billion to save agriculture sector

Staff writer ▼ | May 8, 2015
The Danish government has decided to collect up to 10 billion kroner ($1.5 billion) to help save the severely indebted agriculture sector. 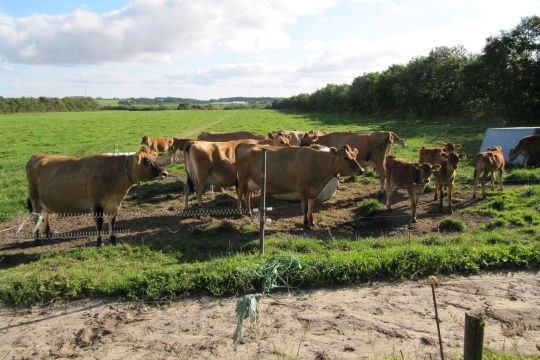 Agriculture   Every seventh farmer in Denmark is facing bankruptcy
The government has already allocated 2 billion kroner ($301.9 million) to a new fund Dansk Landbrugskapital (capital for Danish agriculture) and expects to get an additional 8 billion from private investors and lenders, such as pension banks.

According to Henrik Sass Larsen, the business and growth minister, every seventh farmer in Denmark is facing bankruptcy and is unlikely to survive in the long run. The idea behind the Dansk Landbrugskapital fund is that it provides the farmers with a better capital base, so that they can help themselves.

“The money may go to medium-sized farms that want to increase their livestock production, but need a lot of money for the construction of new barns and environmental facilities," Larsen told Politiken.

"Even farmers who have a good business are finding it difficult to work their way out of the crisis.”

The government has already agreed with Dansk Folkeparti, Venstre, Konservative and Liberal Alliance to revise the agricultural law and to introduce start-up loans for farmers. The agreement also includes so-called neighbour checks to find out whether Denmark implements EU rules more strictly than Germany or Sweden.

Despite the financial problems, agriculture is one of Denmark's largest export industries. In 2013, the sector exported goods worth more than 158 billion kroner. As well as food products, the goods include agricultural machinery, equipment and technologies for agriculture and food production, and fishing equipment.

The total exports of food and agro-industrial products represent almost a quarter of total Danish exports. The country produces food for more than three times its population and currently exports food to more than 130 markets.

Besides the massive debt problem, Danish farmers have also been hit hard by the conflict between Russia and Ukraine. According to the Danish Agriculture and Food Council, the Russian boycott of European food has cost Danish agriculture up to 800 jobs. ■